Angelo Rupp, currently based in Porto Alegre, is a native of Santa Cruz do Sul Realizing a Dream for children, musical talent that has always enchanted at all, only the 25 years of age, along with his younger brother, can form a group of rock. But fate it proposed another musical path. In 1993 had the opportunity to travel to the Netherlands and in fact know something would mark his life as a musician: the flamenco. The Netherlands was based on the preparatory school of music in Amsterdam (AMS) with maestro Ricardo Mendeville (student of Paco Peña). Also in Amsterdam, was a student of two respected guitarists: Frans Nottrot and Yorgos Valeris - The Greek (for accompanying flamenco dance classes in the maestra Nuria Manglano and Tereza Jaldon). Also had the opportunity to play together with Adriaan Elissen, another worthy guitarist Flemish, a flamenco festival, held in Werkteater for Tereza Jaldon group and, among other work for schools and groups of flamenco.

After eight years in 2001, returned to Brazil where he sought to pursue their studies.

In 2003, The academy of flamenco dance in Porto Alegre – Cadice Rhythm and Dance, together with guitarist Fernando de Marília cantaora and Patricia de La Peña, has developed various business, between shows at school, in fact and Bier Club Farrapos (Churros Festival). Also accompanied the school at the IIª Festival de Flamenco de São José dos Campos - SP, In São Leopoldo in APAE with the Singer Daniel Torres, and the hall of the Acts of PUC Banda La Solea de Caxias do Sul - RS.

In 2004, following his work, joined the band of the academy of Dance Tablado Andaluz de Porto Alegre and Caxias do Sul - RS. Among the concerts of the school attended the second meeting of the Ethnic Criciúma - SC, and a gypsy festival in the city of Pelotas - RS. Besides playing in Peñas also made the restaurant's own school.

Still, as parallel work with the dancers Luciano Orrigo and Patricia Rodriguez participated in 2005 The World Social Forum, and the presentation of Flamenco nights in Porto Alegre held in Summer Backstage Bar and AABB. As a solo guitarist, in Celebration of Roma society Beneficente Center of Afro Kingdom Oxalá Yle Oni Elegbará was highlighted In 2005. Complementing the studies did workshop in Porto Alegre with the Argentine maestro Mariano Manzzela and Sao Jose dos Campos, SP, with the Maestro Tito Gonzales.

In June 2006 joined the band of Cultural Flamenco La Cueva, de Caxias do Sul - RS. Along with guitarist Daniel Ferreira and cantaora of Porto Alegre, Sonia Bento. Even with the band held a concert for the Dance Company Cristina Pedron of Bento Gonçalves. 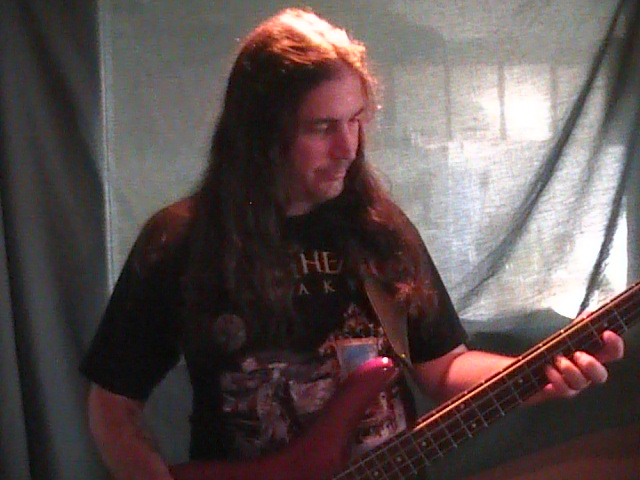